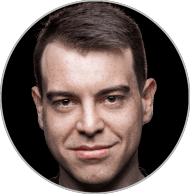 In my last performance comparison I compared libraries with non performance goals with datetime and udatetime, to illustrate the impact of your library choice. Arrow, Pendulum and Delorean are awesome choices when it comes to ease of use, but not if you need performance. Of course comparing libraries with different goals in mind isn’t really fair so I decided to compare libraries with the same design goals.

The benchmark to compare Python datetime, udatetime, ciso8601 and mxDateTime can be found here. I again picked 4 typical performance critical operations to measure the speed of those libraries.

The benchmark was done for Python 2.7, PyPy and Python 3.5. As usual 1 million executions per benchmark and picked the min of 3 repeats. 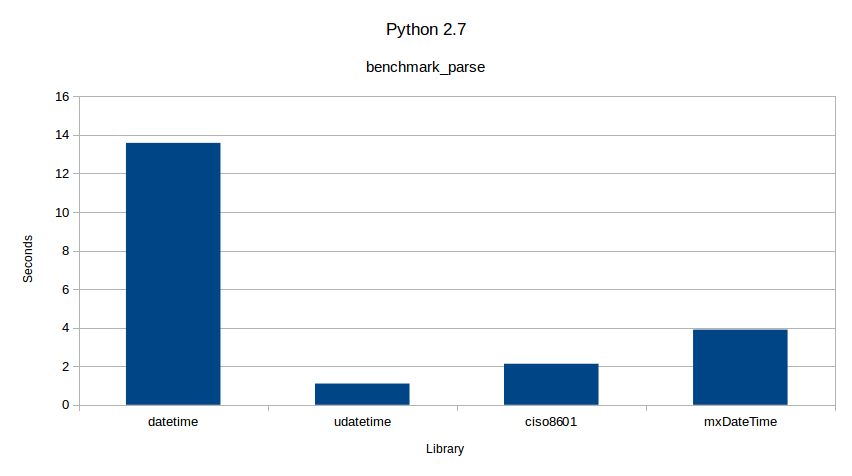 Over all mxDateTime is 5 times slower than udatetime. ciso8601 can’t be compared on that level, because it only supports parsing and none of the other benchmarks. 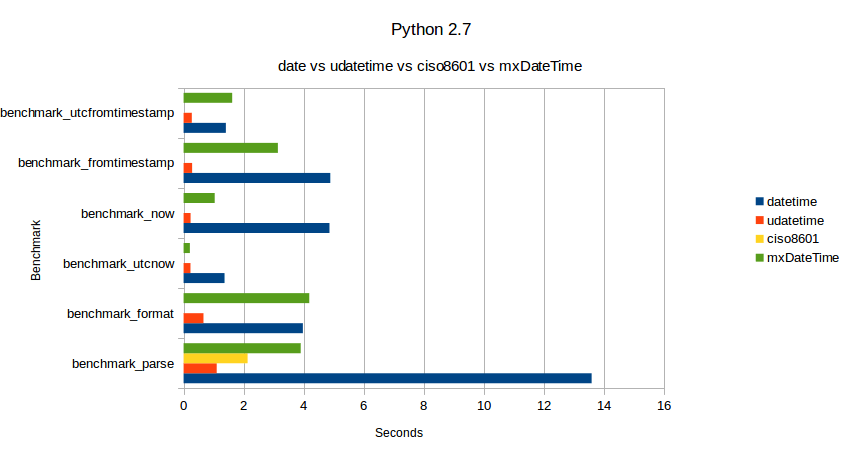 mxDateTime’s performance isn’t bad for a library which could completely replace Python datetime, but I wouldn’t recommend using it. Although it’s tagged ‘Development Status :: 6 - Mature’ it still has issues with basics.

« datetime vs Arrow vs Pendulum vs Delorean vs udatetime Save credentials for Git HTTP/HTTPS auth with creden...»